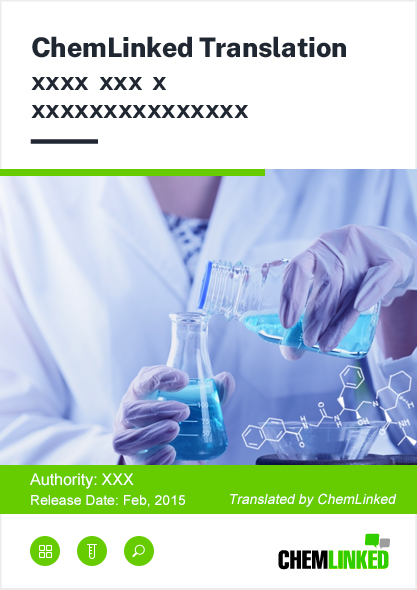 On 11 March 2011, the Chinese State Council issued the revised version of Regulations on the Control over Safety of Hazardous Chemicals (Decree No. 591). The regulation, which addresses the safe management of hazardous chemicals during their production, storage, use, operation (sales and import) and transport, will be put into effect on the 1st December 2011.

The regulation was initially enacted in 1987 and has gone through two modifications, in 2002 and 2011. The earliest version has been expanded from 42 to 102 articles, combined with 4 supporting measures and a group of technical GB standards. Therefore the 2011 version is regarded as the most comprehensive law regulating existing chemicals in China. It is also the main legislation for implementing GHS in China. The following table demonstrates how the regulation has progressed over the two decades in respects of the applicable scope, definition of hazardous chemicals and the framework in general.

Decree 591 is the revised edition on the formal State Council Decree 344 published in 2002. Major updates in Decree 591 are made in the following aspects:

On 1 December 2011, the revised Regulation on the Control over Safety of Hazardous Chemicals, also called Decree 591, came into force. The key piece of legislation on management of hazardous chemicals, it regulates them through the entire supply chain, from manufacture and importation to distribution and storage, transportation and use.

It is based on its earlier version, Decree 344, which came into effect in 2002. Prior to this, hazardous chemicals management had been governed by the 1987 Regulation on the management of hazardous goods.

The introduction of Decree 591 demonstrates the authorities' intention to strengthen the control over safety of hazardous chemicals in China, to prevent and reduce accidents, and to protect life, property and the environment. Enterprises involved in hazardous chemicals should be aware of the significance of this recently released regulation. Although Decree 591 does incorporate some ill-defined grounds, there have been no practical guidance documents released so far to help enterprises with clarification.