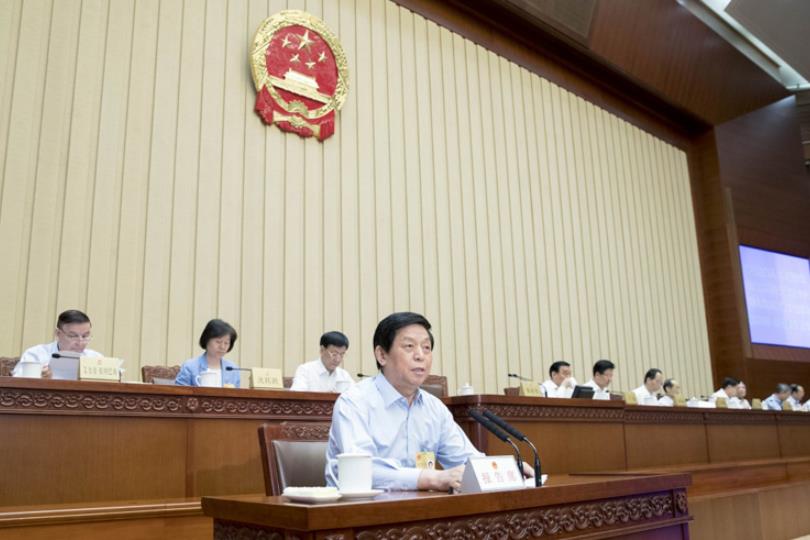 The 4th session of the 13th National People’s Congress (NPC) Standing Committee convened on July 9th and 10th, a month ahead of schedule. The early meeting is designed to follow State Council’s recent publication of the “Notice of Three-year Plan on Defending the Blue Sky”. (Previous CL News). During the meeting, Mr. Zhanshu Li, the Chairman of the NPC Standing Committee 4th Session outlines current progress and offered some explanations on delays in promulgation of new legislation.

Article 19 emphasizes State Council’s responsibility to implement the pollutants emission permit. Compared to the trial measures published by MEP, the policy’s strength will be increased from departmental regulation to national law. In addition to VOC management the Pollution Emission Permit System is a top priority task for policymakers.

Accelerating the development of support regulations and standards is also a key issue:

In the last 20 days China has taken 2 significant steps forward in tackling its environmental issues head on, the first is the release of its environmental protection roadmap for the next 3 years “Three-year Plan on Defending the Blue Sky” and the second was detailed in the July 9th and 10th meeting of the NPC Standing Committee which sorted current circumstances and blueprinted legislative reform plans in following years.

Tags : ChinaEnvironmental protectionChemical management
Copyright: unless otherwise stated all contents of this website are ©2022 - REACH24H Consulting Group - All Rights Reserved - For permission to use any content on this site, please contact cleditor@chemlinked.com
READ MORE