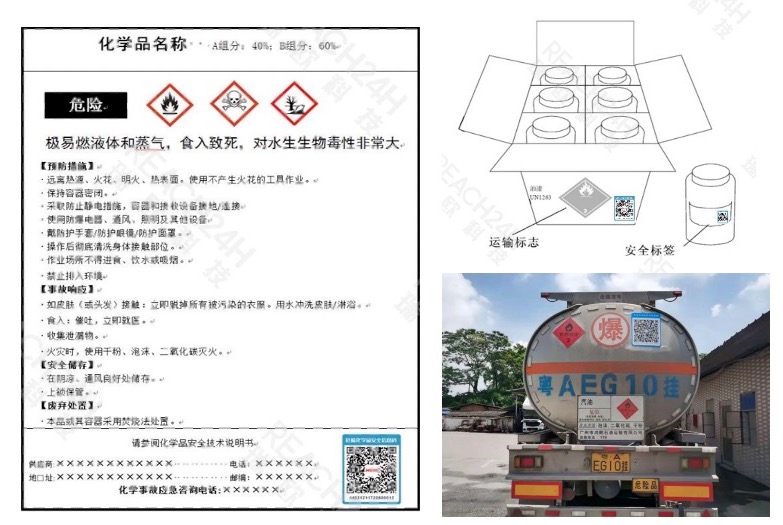 Following the “One enterprise, one chemical product, and one QR code” principle, hazardous chemical management based on QR code was previously expected to be fully implemented in China this year. However, it appears that the plan is overly ambitious given the difficulties in resuming production and supply chain paralysis due to COVID curbs, the lack of legislative supports, etc.

An official who wished to remain anonymous told ChemLinked that “the authority is planning to expand the Guangdong pilot project to an even larger-scale programme in the later half year, to involve more cities.” The Guangdong pilot project, starting from October 1, 2021, mandated QR code displayed on labels, packaging, containers and vehicles before hazardous chemicals leaving the factory or warehouse in Guangdong, which has delivered promising results. The official hoped the expanded pilots will pave the way for universal implementation nationalwide in the coming years.

In the first half year of 2022, the authority will be more focused on information supplementation in the new system. There are more entries regarding information about company and chemicals that have to be filled out in the new system, e.g., the identification number (passport number) of the legal person of the company, hazard identification and classification report, dangerous goods classes, and storage methods and storage locations of chemicals, etc. In the recent months, the local registration offices of different provinces are urging companies who have registered hazardous chemicals in the old system to supplement such information and deadlines are set respectively. For example, Jiangsu requires information supplementation finished by April, and for Zhejiang the deadline is middle of May.

Information supplementation in the new system is a necessary step to enable the smooth roll-out of the QR code policy since the QR code cannot be generated if the registration information is incomplete.Although currently no penalty is imposed if failing to supplement information in time, enterprises are highly recommended to respond to the call from local registration offices.

“The authority is actively engaged with promoting legislation at the national level.” said the official. “However, it will still need time to finalize the supporting documents.” GB 15258-2009 General Rules for Preparation of Precautionary Label for Chemicals is planned to be revised to incorporate QR code requirements in this year. The Regulations on the Administration of Hazardous Chemical Safety Information Codes (Trial), which was drafted late last year for comments in limited groups, may not come out this year. As for the Law of the People’s Republic of China on Safety of Hazardous Chemicals (Draft), which establishes a hazardous chemicals information management system, and implements electronic identification and whole life cycle information management of hazardous chemicals, it is ready for the first reading at the NPC Standing Committee (2022 Legislative Work Plan of the NPC Standing Committee). It needs to pass three readings, so we expect that it will not come out very soon.

Tags : Chinese MainlandChina HazchemHazchemDangerous goodsChemical management
Copyright: unless otherwise stated all contents of this website are ©2022 - REACH24H Consulting Group - All Rights Reserved - For permission to use any content on this site, please contact cleditor@chemlinked.com
READ MORE